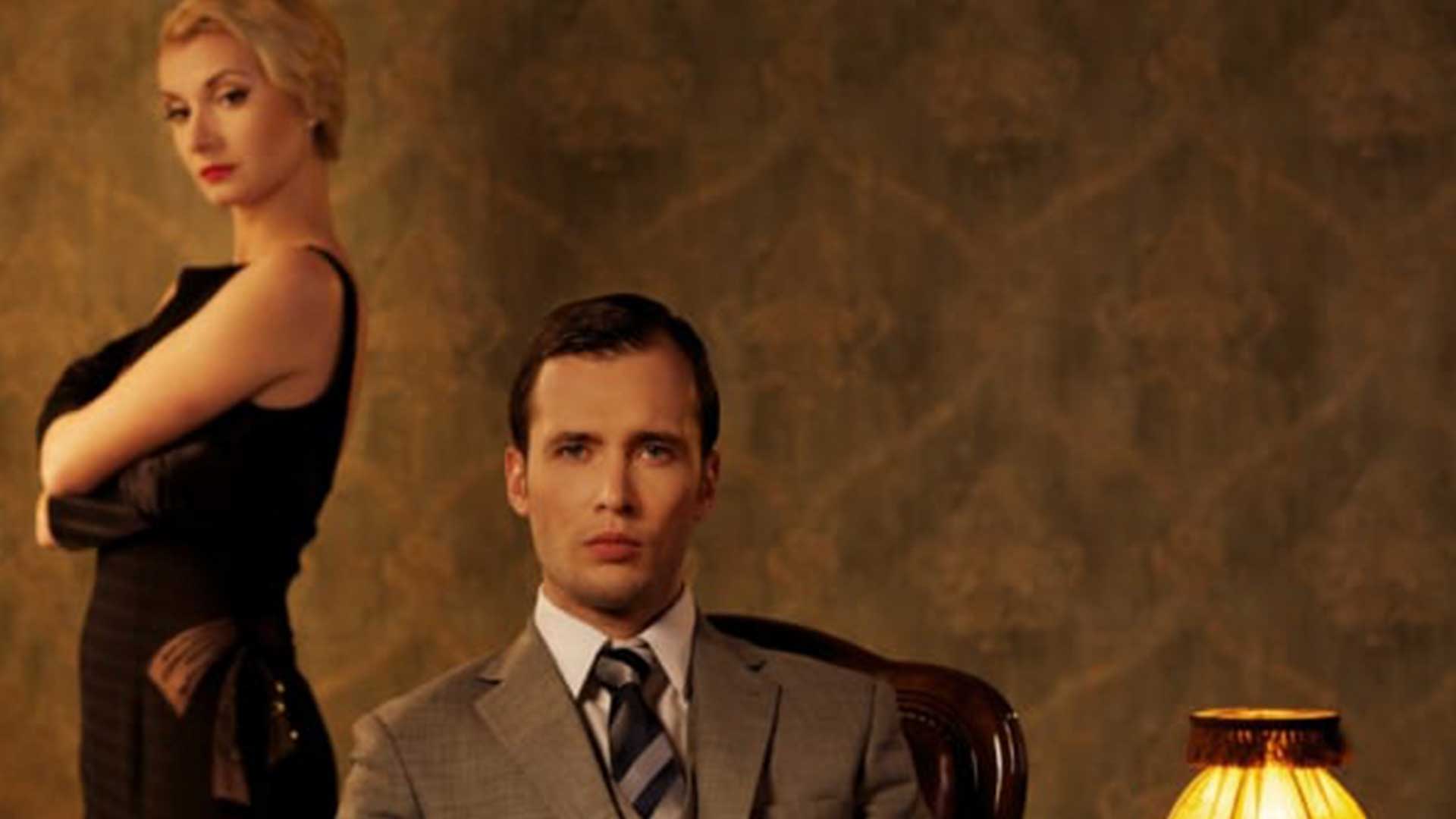 Recently, Ryozan Park was the subject of a promotional video by a well-known Japanese company. I was present for most of the shooting, including fly-on-the-wall scenes during meetings and on location at construction sites. Nori and I talked, side-by-side about the community’s evolution and our family business. When the edited video arrived for approval a few weeks later, it was a homage to an ikumen (the fashionable term for a man who is present in his children’s lives, also known as a father). For most of the film, I was portrayed sitting alongside Nori, wrangling one of our kids on my knee while he spoke. Only one of my comments was used, about combating urban loneliness, in the last 30 seconds of the 7-minute film. At no point was I given a name.

Being a wife is a beautiful thing. I take joy in serving my family. I want to take care of them, to make them happy. Part of the way I serve them is by contributing to the company we rely on for our livelihood, and upon which our employees rely. Last year, right up to the last days of my second pregnancy, our administrator (also pregnant), (female) headteacher and I worked unrelentingly to create RZP Preschool. So we were pleased to hear that an article, written about Ryozan Park following a visit from a group of politicians, at which I gave an interview and made a speech, had been picked up and shared on social media by person-of-the-moment, Yuriko Koike. When I finally got round to deciphering the Japanese, I found the article was not what I expected: it focussed solely on Nori, the last line reading “Takezawa’s wife is from Scotland.”

“What a missed opportunity, ” I thought. “Female-led Enterprise Supporting Working Mothers: That should have been the headline.” The school was my idea. I was excited and proud to be spearheading its creation and would be back at work three-and-a-half weeks after giving birth, baby in tow, to ensure its fruition, but the only mention of my existence was a mere allusion through my relationship with a man.

Japanese society is sexist. It’s an accepted fact, confirmed year on year by The Global Gender Equality Report (in 2018, Japan placed 110 out of 140 surveyed countries, third-lowest in its 18-country regional group). While scoring well on healthcare and education, economic and political participation sees its overall ranking consistently land well below the global average. The lack of women executives and politicians is no reflection on the efforts or abilities of Japanese women. Recent news stories such as the revelation that medical universities have been deliberately lowering entrance exam scores of female applicants to keep numbers of female students down would seem to indicate a systemic conspiracy to keep women out of spheres of influence. The strategy is very effective. In one fell swoop, some of the nation’s most capable women lose the chance to work towards groundbreaking medical advances, another generation loses role models, and a message is sent to women both directly and indirectly: “you are not good enough.” A perverse and consequential lie.

I am familiar with this problem. I have witnessed Japan’s gender imbalance professionally and personally. I even wrote a thesis on the subject. But holding the privileged status of a white foreigner has spared me the worst of what the Japanese patriarchy has to offer. For most of my life, I have been a single, independent person taken on individual merit rather than evaluated in the context of my relationships, so the video and the article made me uncomfortable.

Since we married in 2013, I have worked with my husband’s family in almost all areas of business. I am involved in decision-making and day-to-day tasks, taking the lead in many aspects of language, culture and community creation, sales and collaborations, design and decor, website and marketing, maintenance of spaces, future planning and investments, contracts and hiring etc. In a compact family business, everyone does everything. But it still took me years to have the confidence to claim my contributions. It took me far too long, for example, to tell one well-meaning member staff member that he need not keep referring to me as “the owner’s wife,” when introducing me to guests visiting the business I have grown with Nori from the ground up, that simply “the owner” would do.

Perhaps the problem is that we don’t announce our work. How many fathers have posted on social media their heroic efforts to care for their children on the rare occasion that Mummy isn’t home? The adoring comments from other men and single women come pouring in. Men are so easily praised: women, so swiftly criticised. I tend not to announce my work, but a few recent incidents made me think I ought to.

I was eating lunch in a cafe in Otsuka recently when an RZP member walked in. I asked her how she liked working with her husband and mentioned how I enjoyed working with Nori. She was shocked, “Do you work with Nori?” she asked. My heart stopped for a moment. “Yes, I work with Nori,” I said.

Shortly afterwards, I heard for the third time in as many months that some members believe I work as an English teacher at the preschool. I can only imagine the story is the fruit of assumptions based on my native English ability and being a woman. Having stepped into the ring to cover an absence one day, let me assure you that I have neither the qualifications, patience, concentration or myriad other requirements to be a preschool teacher – I’ll leave that to the experts. I think the assumption bothered me because it would have been equally easy to make the (correct) assumption that I was in charge.

The promotional video was the final straw. So here I am, announcing my work.

Nori and I are a team. He couldn’t do what we do without me, and I couldn’t do it without him. We have a symbiotic relationship and trust each other’s judgement. We make significant decisions together. We also share child-rearing and housework. Nori is a great cook and prepares most of the family meals. He doesn’t like picking things up off the floor but he notices when the laundry detergent and diapers are running low. He bathes the children, reads to them and puts them to bed, as do I.

Our way of life is natural to us, but to many Japanese, his participation in our family, especially since it blends into our work, makes him newsworthy. So rather than writing about a company where women (the majority of our staff is female) are leading the way for work-life balance, creating opportunities for working mothers, and a community for parents, it’s more interesting to focus on the anomaly of a man being a hands-on father and running a business – a sole male saviour. While we can only hope that such a story might inspire a few more men to be involved in their own homes (Japanese women do on average five times more housework than men), lionising him only perpetuates the usual sexist rhetoric by portraying him as a novelty. Why not acknowledge that his behaviour is normal, enriches his own life and is necessary for our family since I work as long hours as he does?

I am proud of my husband and I love to champion him. But it’s because he is a good man, not for being a unicorn. I’m happy to be the dutiful wife in a scenario where he is doing all the work, on a personal project, but in the case of our company, we work as a team. If you only want to hear his story, that’s fine too, but do not put me in the frame as a prop. I will not be edited into the role of ‘silent wife’. I have a voice and a name. And I work hard. So even though part of me says not to make a fuss, even though some may accuse me of ego, pettiness or being a pushy gaijin woman, I will speak out. I will not have my work credited to the man standing beside me, even if that man is my husband because my daughter is watching. My son is watching, too.

We called the company and had them re-edit the video. They gave me an additional soundbite and added half of my name – my first name, as is often the case with women and children, though a glance at our website would tell you I didn’t change my surname when I married.

I wrote this post because diversity and equality are core values at Ryozan Park and I believe we all have to do our part towards their actualisation in society. Just as it’s wrong to leave my efforts out of the story, I would be remiss not to mention all of the invaluable work, support, input and encouragement that Nori and I receive from our staff and community members because of whom and for whom Ryozan Park exists.