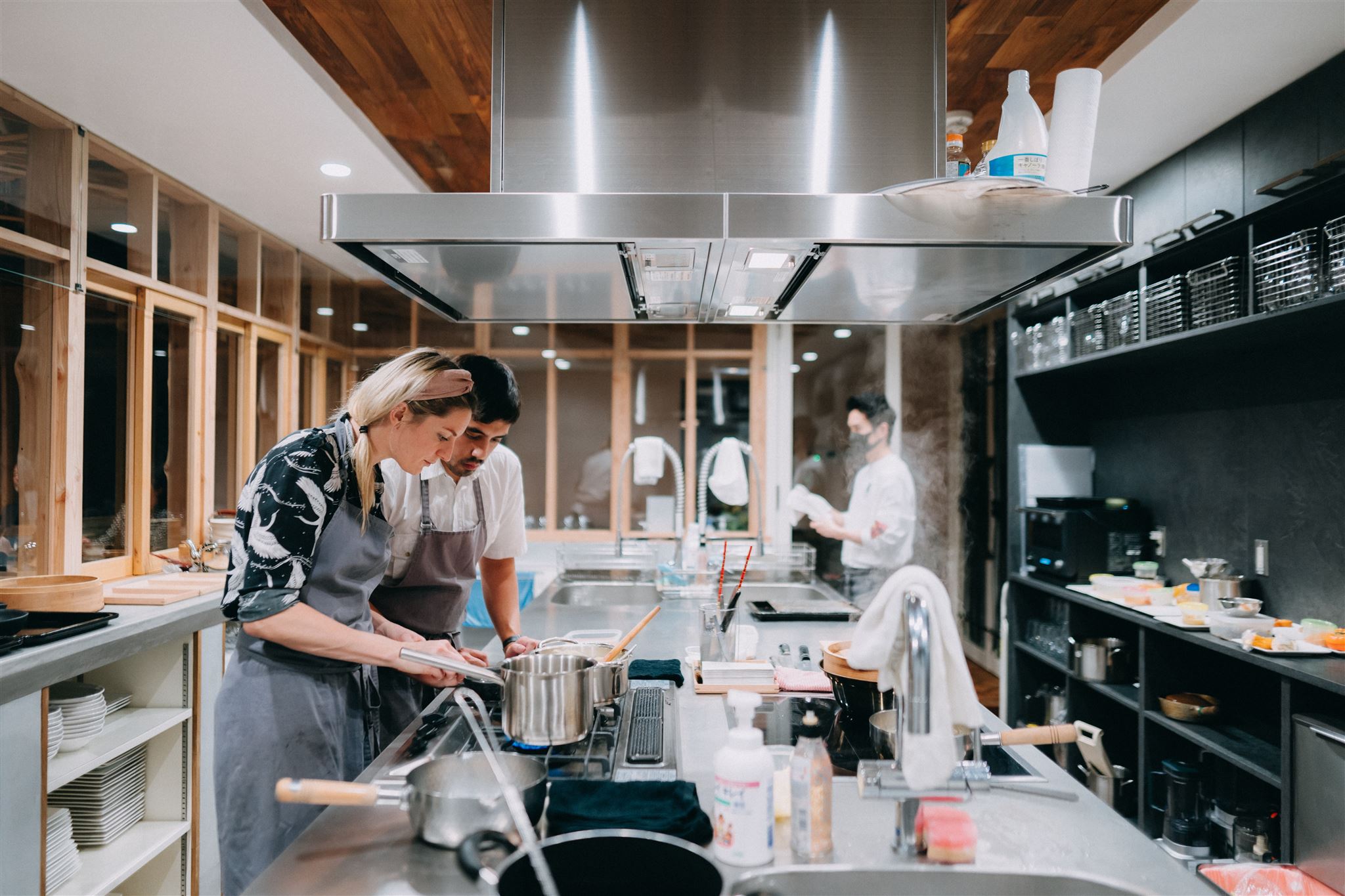 When COVID-19 spread across the world in 2020, one of the hardest-hit industries was hospitality. Restaurants, in particular, saw some devastating losses, with many having to close down their operations entirely. Those that could cling on and stay open had to adapt quickly to find new ways to survive.

Here in Tokyo, INUA, run by chef Thomas Frebel and his team, spent the year since they opened serving their signature Japanese-Nordic cuisine with ingredients handpicked from woodlands and mountain areas of Japan. Every dish was painstakingly created with great care and paired with well thought out non-alcoholic and alcoholic beverages. They were awarded their first Michelin star in December 2019.

Unfortunately, with a 70% rate of customers from overseas, INUA had to eventually close its doors, but not without making an impact on Tokyo’s food scene and nurturing some talented chefs. Frebel took great care to make sure his staff had the resources they needed to find their way on to the next step in their careers.

Ex-RYOZAN PARK Share House resident and ex-INUA chef, Christopher Horton is now Head Chef at Matsumoto Jujo in Nagano. He introduced his former colleague, chef Coleman Griffin to our brand new kitchen space in Sugamo, RYOZAN PARK Grand. Coleman was in the midst of looking for his next step when he decided to create a menu to test out some new recipes, and he needed the space to do it. We were honoured to have Coleman use the fully kitted out kitchen and be one of the first professional chefs to use the newly refurbished space.

Over two nights, chef Coleman and his team delighted private diners with a 12-course food and drink tasting menu that used flavours from around Japan. This was an evening of exceptional treats with dishes such as paper-thin pancakes filled with a cured egg yolk and crushed crispy onions, a melt-in-the-mouth treat for the tastebuds. Another highlight included an orange granita that fizzed up when sake was poured into it, like an alcoholic slushie! Each course was paired with wines, fizz and sake, handpicked by the sommelier, Yuko Tateybashi, who Coleman worked with at INUA. It was an unforgettable meal for the diners.

The Shared Kitchen space in Grand was designed for the person who wants to fulfil their food-related dreams, whether it’s catering to locals, baking for friends and events or somewhere to test out recipes for a popup event. The kitchen is fully kitted out with three ovens (including one from the German brand, Gaggenau), a large and deep fridge, an ice cube maker, a dishwasher, a rice cooker, multiple cutting boards (provided by Joseph and Joseph) knives and utensils.

For more information about hosting an event or if you’re interested in creating a food and drink popup at RYOZAN PARK Grand, get in touch with us today!